10 Quotes That Explain The Meaning Of Persistence

A previous post highlighting the importance of persistence was written but nothing to add to the exact meaning of it. However, in order to strive and achieve victory through continuous persistence; understanding the complexities of how it works is vital. 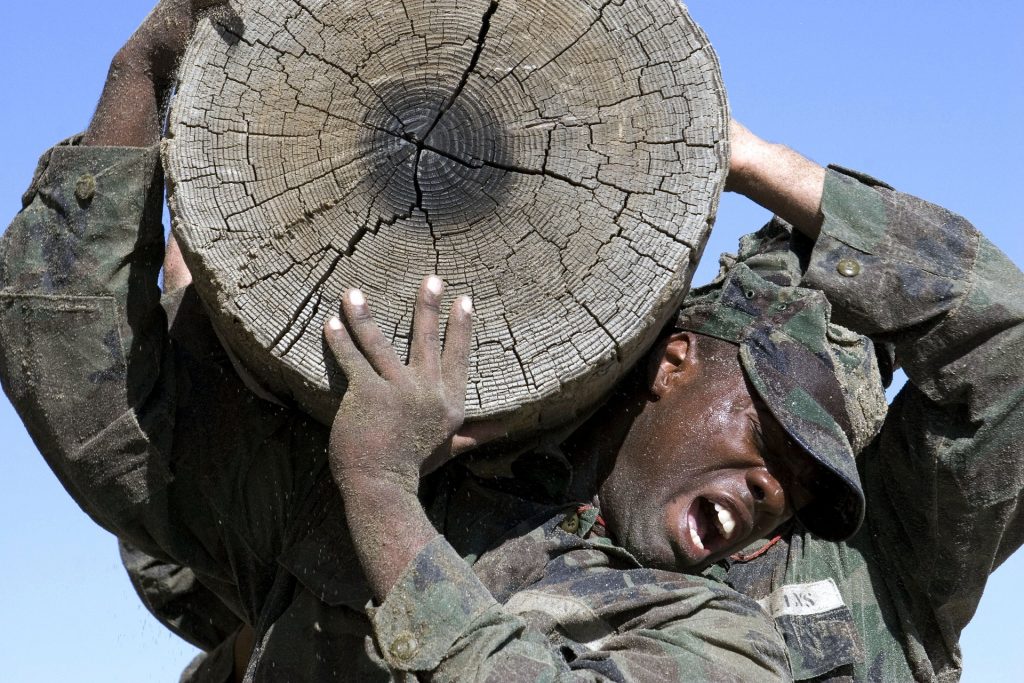 Here are 10 great quotes to help you do that:

“Ambition is the path to success. Persistence is the vehicle you arrive in” – Bill Bradley

With all forms of success there is usually two things that guarantee it’s attainment: first is the will and direction to achieve something; and secondly is the action of actually achieving the goal we set forth. This quote therefore defines the meaning of success to be that actionable vehicle that allows us to go forth on our journey to success. It is up to you to decide how well you take care of that vehicle we call persistence; and how much fuel you are willing to put into it before giving up on your journey.

“A river cuts through a rock not because of it’s power, but its persistence” – Unknown

This quote adds to the meaning of persistence by demonstrating it’s power through an act of mother nature. It clearly describes persistence to be an indomitable force that through continuous use and lack of faltering can help accomplish any seemingly insurmountable force. A river cutting through rock is one such example of how repetitive action backed by persistence is a powerful force.

“Thankfully persistence is a great substitute for talent” – Steve Martin

How many of us have dreams that we feel are not achievable because we lack so called talent? …. The fact is that we learn from childhood that if we are not naturally gifted at something then we should just stay away from it. However this quotes defies this traditional belief by affirming that persistence has the ability to replace natural born talent. If you continuously work at something and demonstrate persistence; you will achieve success in anything you put your mind to. You may not be the best but you will be better of than the people set on giving up.

This quote shows the meaning of persistence to be the backbone of a man’s character. A lack of persistence is thus a detrimental flaw in a man’s character and will not ensure his success. Here, Napoleon Hill likens the scenario to the relationship between carbon and steel. Without carbon, steel is nothing – since carbon is a main component of steel. In the same way, someone who has not mastered incorporating persistence into their character is doomed to failure.

The meaning of persistence can be substituted with endurance. How far and willing are you to fight for what you want to achieve? In life you will find that you are capable of achieving wonderful things like the people you aspire to; however this capability can only fully be unlocked if you endure through the hardships. It is the only way mother nature can test that you really want something bad enough.

“Persistence is what makes the impossible possible, the possible likely and the likely definite.” – Robert Half

Clearly the above expression shows us that there is no hiding from persistence. Whether something is easily attainable or out of reach; the use of persistence is the final ingredient to attainment of all goals. You leave this out and you have a recipe for disaster. A man that cannot commit to a course of action is one that is lost.

“Persistence is the quality of winners. Successful people never, never give up” – Lynda Field

Do you want to be a winner? Think about it carefully…… because there is no easy path to victory. Every successful person you aspire to; whether it is your boss, role model or parents have all worked tirelessly and overcome hardships to be in the comfy place you see them today. We often don’t see the hardships and persistence of successful people.

“The difference between a quitter and someone persistent, is one tiny moment” – Sean David Lenkins

This great quote by “Sean David Lenkins” sums up persistence as one tiny moment of choice: to give up or to keep fighting. Thus persistence means have the fighter mentality…..never throwing in the towel unless it is on your own terms.

“Knowing trees, I understand the meaning of patience, knowing grass, I can appreciate persistence” – Hal Borland

Grass is probably the most intensive example depicting the meaning of persistence. It gets walked over endlessly and cut down when it gets too high. Yet despite this, it still keeps growing greener than ever. Do you have the same level of persistence in the things you hope to achieve?

“No matter how you feel. Get up, Show up, and never give up” – Unknown

This final quote is to get you out of the rut. Fight through the difficulty and you will see that the bad times pass by quickly and the reward at the end will make up for it.

To learn how to live life consciously and with a clear perspective; read this ultimate guide: A Mindful Approach To Self Actualization

The “Less Is More Meaning” For Inner Fulfillment

Why Death Is Good For Re-Evaluating Your life

How To Not Be Scared Of Death – Practice These Tips

What Are Personal Values? And Why You Need Them?

A Mindful Approach To Self Actualization